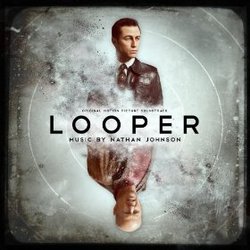 Performed by
The Magik*Magik Orchestra

In the futuristic action thriller Looper, time travel will be invented—but it will be illegal and only available on the black market. When the mob wants to get rid of someone, they will send their target 30 years into the past, where a "looper"—a hired gun, like Joe (Joseph Gordon-Levitt)—is waiting to mop up. Joe is getting rich and life is good... until the day the mob decides to "close the loop," sending back Joe's future self (Bruce Willis) for assassination.

Looper is perhaps Nathan Johnson's most unique score to date, featuring a host of indecipherable instruments along with intertwining rhythms and textures. In preparation for the project, Nathan began gathering a wide range of field recordings and then he and his team created a sort of playable, hybrid found-sound orchestra using those original recordings. The results were combined with live strings and horns to produce deep textures featuring pitched industrial fans, tuned treadmills, and a wide range of intricate rhythmic elements—all looping and cycling on themselves at various speeds.

This limited edition CD release features music NOT found on the digital download.