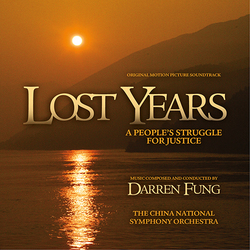 Directed by Kenda Gee and Tom Radford, Lost Years: A People's Struggle for Justice is a political and historical documentary about Chinese immigrants in North America and Oceania, featuring an immensely beautiful orchestral score by Canadian composer Darren Fung, who employed the forces of the China National Symphony Orchestra for the recording of the music.

The score mirrors the epic proportions of the narrative, spanning over 150 years, and is a mix of traditional western orchestral writing and Chinese folk music, featuring instruments such as the erhu and pipa. The score was nominated for a Canadian Screen Award for 'Best Original Music for a Non-Fiction Program or Series.'