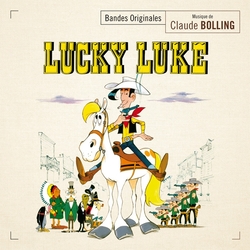 This present edition showcases Claude Bolling's creative versatility for the two feature-length cartoons and the TV series. The three lively scores offer a wide array of musical styles and genres: western film music, Hollywood musicals, blue grass, tijuana music, jazz music in the Count Basie big band style, some iconic songs such as the famous "I'm a Poor Lonesome Cowboy." This special 3-CD release features the expanded scores to Daisy Town and The Ballad of the Daltons, as well as that, never before released, from the 1990 television series, all carefully remastered from the composer's original master tapes.