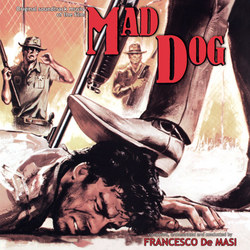 The solo trumpet is that of Nello Salsa, a student of Maestro De Masi at the Santa Cecilia Conservatory in Rome where the latter was Professor of Orchestral Practice. The young musician, many years later performer of Benigni's Oscar winning Life is Beautiful (1997) started out with this soundtrack. The harmonica is played by none less than the world's most famous harmonica player (at least among us lovers of the genre) Franco De Gemini.

The soundtrack existed up to now only as 33 rpm LP released by Beat Records (publisher of the OST) and has become quite rare and coveted by collectors. This CD release so much wanted by Godwin is the fair recognition to one of Maestro Francesco De Masi's most successful works of the 80's, that truly deserved to be rediscovered in digital audio format. Whoever does not get this in his collection would truly be commiting an unforgivable mistake!