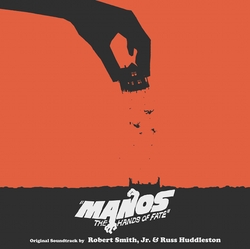 Manos: The Hands of Fate

This album also includes some dialog interspersed with the music, as the best source available was a 35mm magnetic soundtrack.

Featuring liner notes from Videoscope columnist Tim Ferrante and artwork from Garrett T. McDonald, this is a score that fans will not want to miss!

In early 2015, the original 35mm soundtrack negative to Manos: The Hands of Fate was discovered, giving fans a better look into the bizarre world of the film. After a restoration by Steve Addabbo at Shelter Island Sound in New York City, sonic imperfections still apply, but definite audio improvements have been made, including a drastic decrease in hiss and distortion. Ship to Shore PhonoCo. believes that this is the definitive audio edition of Manos: The Hands of Fate.