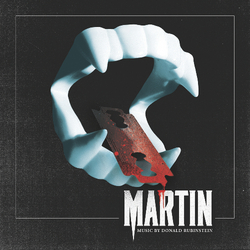 Ship to Shore PhonoCo. is proud to announce that the score to George A. Romero's Martin, once named "one of the top 100 coolest soundtracks of all time" by MOJO Magazine, will be available on vinyl for the first time since its original release in 1978.

The LP soundtrack to George A. Romero's Martin has been a highly sought-after collector's piece for many years, and now—thanks to Ship to Shore PhonoCo—it is finally available again. It's not only a must-have for fans of Romero, but also connoisseurs of film scores in general.