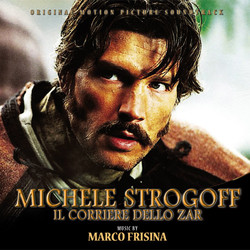 The music is composed by none less than Marco Frisina. The musical score for this production is every bit as adventurous, exciting, fast paced and dramatic as the storyline itself. The soundtrack being filled to overflowing with haunting melodies, fearsome action cues and brimming with affecting leitmotifs that accompany and introduce the main characters within the story. Marco Frisina's score is an epic sounding work, which is grandiose and robust but at the same time has the ability to become intimate and melancholy possessing a fragility that is attractive, emotive and powerful, providing the production with a lush and imposing soundtrack that at certain points within the proceedings evokes the Style and the atmosphere of the vintage movie soundtracks of Hollywood.