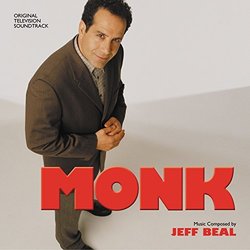 Writing music for television is a vastly different skill than writing music for film. Films typically contain one narrative and character arcs contained within a two hour time span. The composer supports and enriches the dramatic movement and growth of that arch, usually by thematic association. Rarely so with music for television. In television, a show may last five or more seasons, with twenty episodes each season. That adds up to numerous characters coming and going, wild tangents followed to keep viewers interested, and all sorts of odd situations. All of this fits into a dramatic arch that must work over individual episodes as well as the entire series. It is a tall order and most composers respond with a catchy theme song and limited background music. On the rare occasion music for television receives accolades it is usually from a limited series or one-shot show, something like Thomas Newman's marvelous Angels in America. In other words, we hear of television music when it is a movie made for TV.

That is why it is such an impressive achievement for someone like Alias's Michael Giacchino or, in this case, Monk's Jeff Beal, to be recognized for their work in the medium. One listen to Monk shows why Beal's music for the show has been singled out with an Emmy (the only other Emmy for Monk's first season went to star Tony Shalhoub). Quite simply, Beal's music defines Monk's character as well as Shalhoub's portrayal.

For those of you who have not seen or heard of the show, Adrian Monk is a detective with more than his fair share of neuroses and phobias. Besides being obsessive-compulsive, he is afraid of germs, heights, and even milk. Every week he overcomes and uses these problems to solve other ones, namely the cases that stump San Francisco police department. Beal's theme song perfectly expresses the contradictions inherent in a character who solves crimes but compulsively cleans up crime scenes. It is a cut-time swinging guitar solo, with ample support provided by the vibraphone, whose entrances and resolutions are often syncopated on the weak beat, generating a slightly off-kilter feel. Its light jazz nature belies the seriousness that usually accompanies a murder/mystery show. It almost winks at the audience, letting them know that plenty of humor will attend the proceedings. The theme is so successful that when it was replaced in season two by a Randy Newman song, online petitions sprang up demanding it be restored.

The rest of Beal's score takes its cue from the theme. Infectious, bouncy, and breezy, the music is interesting for the layers Beal builds rather than the themes or atmospheres he develops. Instead of creating one monolithic theme supported by a harmonic structure, Beal usually mixes instruments for their color and lines for their interplay in a technique common in jazz compositions but often missing from Romantic-inspired film scoring. The only moments of pathos are in the cues containing Trudy's theme. Trudy was Monk's wife and her unsolved murder was the starting point for many of his problems. Beal provided a sweet tender melody for Monk's recollections of her that is first heard in the appropriately named "Trudy's Theme." The score's jazz inspiration is still present in this cue, especially in the syncopated ostinato and trumpet obbligato, but it is muted somewhat.