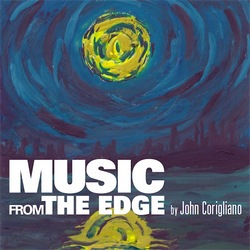 Music From the Edge

We are immensely proud to be able to release this gorgeous album by acclaimed composer John Corigliano. He has written only four film scores, and this one was rejected by the film's producer after the film was heavily reshot and reedited. We can't tell you which movie it was from, but I am sure you will be able to figure it out. You probably have Howard Shore's replacement score already...

Produced in close collaboration with the composer, music producer Teese Gohl, Robin Esterhammer and GK Films, to whom a big thank you goes out for making this release a reality.

PUBLISHER'S NOTE
This is the reject film score for Edge of Darkness; the released version of the film is scored by Howard Shore.