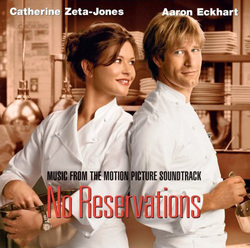 It's getting to the point where I can never predict what film might attract Philip Glass or what director might be interested in his idiosyncratic scoring style. It used to be that he scored primarily documentaries like Errol Morris's A Brief History of Time and later The Fog of War, art films like Koyaanisqatsi, or Mishima, and Oscar-bait like Kundun or The Hours. These films held similarities in their reliance on visuals for the storytelling, a feature which made them perfect vehicles for Glass's post-minimalist style. Glass's scores, with their tightly coiling harmonic structure and persistent, pounding beat, draw attention to themselves and can be of great emotive power when used in the right context. Just recall in your mind's eye the scene where Julianne Moore is overtaken by water while lying on her bed halfway through The Hours. You cannot see nor fully experience that scene's power without Glass's score overwhelming it, rising unrelentingly with the water.

But in his oeuvre, there was always the "strange" choice—both Candyman movies, for example, and the more recent Taking Lives. These movies do have strong directors and strong visuals, but the movies are all about plot, direction toward an end goal. Glass's music is the opposite; he invites you to observe the moment and disregard the resolution. In these movies, his music, which often drops its more overt "minimalistic" tendencies by becoming more melodic than harmonic, can distract and draw too much attention to itself.  When the combination works, as in last year's The Illusionist, the music serves the plot by distracting you from it. When it doesn't, as in No Reservations, it becomes merely aural wallpaper and causes at least this reviewer to feel a little cheated at lost potential.

Perhaps the score's lack of connection with the film is what caused a soundtrack album to be released with only four minutes of Glass's score on it.  Those minutes are divided between two tracks, "Zoe & Kate Watch Video" and "Zoe Goes to the Restaurant." Both are beautiful miniatures, the first with a lovely melody and the second anchored by an ostinato based on an octave that appears in both tracks.  But their simplicity sits awkwardly among the music that surrounds it.  Since No Reservations takes place in an Italian restaurant's kitchen, the movie is full of famous arias from Romantic Italian opera. As a result, Glass's music sits between Renata Tebaldo singing "Un Bel Di" from Puccini's "Madama Butterfly" and Luciano Pavarotti rendering Ponchielli’s "Cielo E Mar" from La Gioconda. Credit must go to the album's producers, who found some of the most gorgeous recordings of these greatest hits of Italian opera, but Glass's music is, ironically, overshadowed by the heightened emotionalism displayed in these arias.

No Reservations also contains some 1950s-era easily listening hits. Ray Gelato croons through the danceable "Mambo Gelato" and Michael Buble's recording of Dean Martin's hit "Sway" nicely sets the stage as the CD's second track. Liz Phair's "Count on My Love" ends the album and seems more out of place than Glass's score, but it is a great little song and works as a closing credits song.

Overall impressions? The album is compulsively listenable as it contains truly wonderful music that, for the most part, has some Italian theme. Philip Glass's score, however, is shortchanged both in the movie and on this release.  So if you don't already own a Greatest Hits of the Opera album, this one might work for you. But if you are interested in Glass's most recent film scoring efforts, check out The Illusionist. That's one score I can recommend with no reservations.