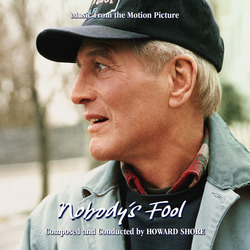 Shore's emotionally rich and poignant score is the perfect foundation for one of the best and most memorable dramas of the 1990's. Like Paul Newman's lead character Sully, this important score has "aged to perfection" and is finally given a deluxe presentation with this special release. Produced by Dan Goldwasser and mastered by Doug Schwartz, this presentation includes bonus tracks (showcasing alternates and original album versions) and is limited to 1500 units. The CD Booklet features exclusive, in-depth liner notes by writer Tim Greiving and Goldwasser's heartfelt art design is the icing on the cake..