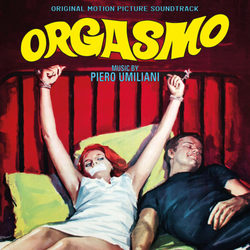 In 1969/1970, Umberto Lenzi helmed a trilogy of three giallo thrillers, all starring American-born actress Carroll Baker. The first film in the trilogy is Orgasmo (entitled Paranoia in the USA, which has always caused confusion between the two films), which stars Baker as a woman who takes in the troublesome young driver Lou Castel û who soon brings along his half-sister and the duo quickly starts gaslighting their host. The third film, entitled Paranoia (aka A Quiet Place to Kill), features Baker as a female race car driver who strikes up an unusual friendship with her ex-husband's new wife, realizing that she might be the one for her.

Besides Baker, the two films are connected by the scores of Piero Umiliani, though contractual obligations lead to him not receive due credit on Paranoia, which was credited to the Spanish composer Gregorio GarcÝa Segura (who was not involved with the film at all). The music for Orgasmo features two recurring songs û "Fate Had Planned It So" and "Just Tell Me" û that were used as part of the mental games played on Baker's character.

Previously released on two separate LPs by Four Flies Records, this program features all the music available from both movies. Mastered by Enrico De Gemini and Claudio Fuiano, with additional restoration by Chris Malone, the package includes a 12-page booklet with liner notes by Gergely Hubai.