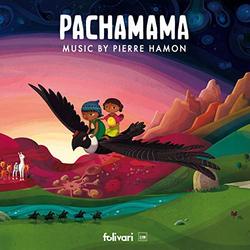 Quartet Records and 22D Music present the Pierre Hamon score for an acclaimed box-office hit: the animated French film Pachamama, directed by Juan Antin. The film is about Tepulpai and Naďra, two small Indians of the Andes Cordillera, who set off in pursuit of the Huaca, the protective totem of their village that was confiscated by the Incas. Their quest leads them to Cuzco, the royal capital besieged by the conquistadors.

This is the very first film score by Pierre Hamon, a renowned flutist and expert in Renaissance music. It is a very special and fresh soundtrack, beautiful and descriptive, arranged for a chamber orchestra, Renaissance ensemble and select Andean instruments.

Produced by Pierre Hamon and mastered by Benjamin Jaubert, the album includes an original song composed by the movie's director, Juan Antin, and performed by Ananda Brandäo.