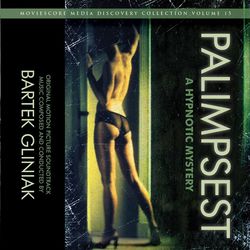 Since the contemporary nature of the score allowed for a bit of additional experimentation, the bulk of the score is organized into four movements as if it were a symphony. The four movements ("Introitus", "Impetus", "Indicium", "Veritas") represent the various emotional stages of the troubled protagonist Marek, while two additional, more traditionally melodic cues ("Hanna" and "Awakening") represent the intervention of the reality in their own separate tracks.