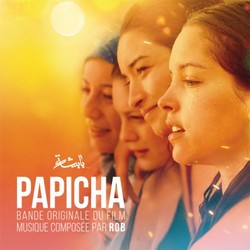 In collaboration with Hippocampus and High Sea Production, Music Box Records presents the premiere CD release of the score for Mounia Meddour's Papicha (2019) composed by Rob.

Algeria, 1990s. Nedjma, an 18 year-old student passionate about fashion design refuses to let the tragic events of the Algerian Civil War to keep her from experiencing a normal life. As the social climate becomes more conservative, she rejects the new bans set by the radicals and decides to fight for her freedom and independence by putting on a fashion show.

Rob composed a very delicate and haunting score which emphasizes the energy, the freshness and the charisma of the lead characters.

The album contains two exclusive bonus tracks that are not available on digital release.