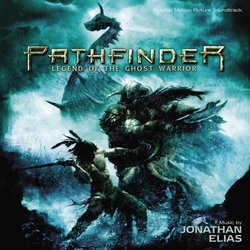 Performed by
The City of Prague Philharmonic Orchestra and Chorus

This review was murder; it should have been out ages ago. Like months. When I was assigned this review, Transformers was in the theaters, not on DVD. The hardest thing to write about is a score you don\'t really have feelings about. If it is very good or bad, strong impressions come quickly. But when something is in the middle of the road, this type of writer\'s block is maddening. It is an accumulation from listening to all these score and then suddenly, for no specific reason of the present album, you have nothing new to say. What is even worse is when a reviewer brings this up to jumpstart the opening of a review.

There isn\'t a particular clue as to why this should be a hard score to write about. It is very far from the worst thing I\'ve heard all year. This is a manly score, the type that Goldsmith or Poledouris (God rest both their souls) were experts at. Composer Jonathan Elias has constructed an active soundtrack (it works fine in the movie). I\'m grateful it is an "organic" orchestral score, as anything outwardly electronic would have clashed violently with the film\'s rural setting. The music is a series of parts without the markers that a good score needs. It is heavy on percussion, using drums to drive much of the rhythm but this is a score without any thematic weight. Eilas never really gives us strong motifs to hold onto.

The plot of the movie is Indians vs. Vikings. That\'s how the motifs divides up.  If Elias wants to represent the sanctity of the Indians, we get the classic Indian flute ("Cave Surprise", "Sanctuary"). When he wants to represent the viciousness of the Vikings, it is with driving steel drum percussion ("Vikings Attack"), horn clusters, anvil strikes and a mournful chorus. When the fighting gets epic, we get a full chorus ("First Kill").  None of this is distinct except for a lot of references to Howard Shore. Elias does Shore\'s moody suspenseful slow builds ("Pathfinders Destiny") and his Lord of The Rings epic choral pieces (the end of "Vikings Attack", "Prophecy Fulfilled") along with those mournful boy sopranos solos ("Moving On").

Elias is a very competent composer with a career mostly based in 80\'s genre movies and television. So when this movie popped up for him, He knows this is a good chance for him do something big. And it sounds big thanks to the City of Prague Philharmonic Orchestra and Chorus (they do seem to be in my recent reviews).

What I was struggling through for several months was the inability of describing something indistinct. When the album was on random, I couldn\'t tell where in the film I was, only if it was happy moment or a sad moment or triumphant. It was something which only went through the same patterns and in the end it all comes out a big grey of sensation without deep emotion.