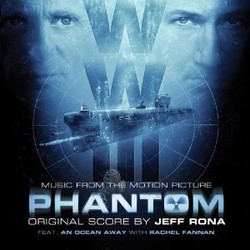 Film composer and recording artist Jeff Rona delivers a mysterious and suspenseful score. At times hypnotic and eerie, then again energized and action packed, the score beautifully captures the tension between the main protagonists and the agonizing dilemma faced by the submarine's captain.

"I visited the set," said Jeff Rona, "an actual Soviet era submarine, and realized that the valves and hydraulics inside the ship made all these unusual and evocative sounds when hit. It gave me an idea to create a virtual, alien orchestra made entirely with sounds made out of an old submarine."

The soundtrack album also features the credit song An Ocean Away performed by up-and-coming artist Rachel Fannan and mixed by producer Carmen Rizzo. For Todd Robinson, Rachel's voice, full of rhetorical questions and longing, supports the conclusion of the film with personal sense of love, loss and hope, serving the story with the emotional accessibility it demands.