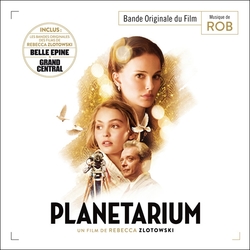 For Planetarium Rob composed an inspiring orchestral/electronic score which finds a rather irrational kind of sound, something brutal, carnal, and almost magical. The score was recorded at Abbey Road Studios for orchestra and choir.

This present edition also includes music from the films Belle epine and Grand Central with bonus tracks which did not appear on previous digital releases.