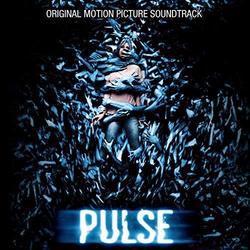 If you mix various ingredients together long enough, chances are the homogeneity of the resulting mélange will make it so nothing will stand out anymore. The individual parts and elements will have faded into the singular properties of the mixture itself. Such is the case (and my dilemma) with Elia Cmiral\'s score to the ghost-in-the-machine American retread of Pulse. Originally a Japanese horror movie, Pulse follows the recent trend of recycling Far Eastern horror plots into North American blockbusters for the midnight crowd. The score is a very careful blend of electronic and orchestral touches that form a distinct whole where none of the parts stick out but where, likewise, nothing much sticks out in the final analysis.

The composer himself has admitted in an interview that he wanted to create a homogeneous soundscape that would be "his", a delicate superimposition of synthesized, symphonic, electronic, and vocal elements to give a unique voice to the movie. Cmiral has certainly delivered the goods on his promise and integrates these various motifs, textures, and colors in a way that creates its own sonic language. Synthesizers mimic live strings to create thicker harmonies; choral phrases are infused into the sound medium and deformed as to achieve an otherworldly quality; and menacing celli fade into pulsating, electronic counterparts, making it difficult to pinpoint when the Czech orchestra comes in and when the synthesized elements take over. Therein lies the inspiration for the construct: the movie is about wraiths using electronic devices as portals into our world and the music adroitly embraces that idea and echoes it (perhaps a little too literally). Electronic musicians and fans of sound design will probably see this release as a great opportunity for both entertainment and education.

My main qualm resides in the album itself. Certain scores function admirably well as accompaniment to the picture but fail to maintain a listener\'s attention on album. Pulse is a score which, while ingenious and carefully constructed, becomes somewhat tiresome and repetitive in structure for the common listener. More than a handful of cues share a similar progression: low drones, suspense set-up, chromatic rise and—low drones. These pieces also share in a general lack of discernible meter, as can be expected from a score like this one, with a few exceptions (such as "Remembering Izzy" and "Escape" which make use of either light urban beats or edgier pursuit percussion). As such, the 48 minutes of the album can seem to stretch out indefinitely. And here we come to the other end of the dilemma: while the putting together of parts is interesting, is the final sound that distinctive and addictive as to warrant cheers and applauds? Different people will have different opinions; I have to chime in by saying that, unfortunately, this mind meld of electronic sounds and orchestral performances maintained my interest for a few minutes, but not for nearly an hour.

It\'s a funny coincidence that both Jeff Grace\'s The Roost and Elia Cmiral\'s Pulse landed on my desk on the same day. Both are innovative horror scores that show genuine talent and craftsmanship. So why am I giving The Roost the higher note? Well, in the end, regardless of how objective one can be, subjectivity has the means to worm its way in and color an opinion. My loyalties, for better or for worse, lie with the orchestral crowd and what one man can do with a string quartet will usually keep me more interested than what the other man can do with virtual studios and keyboards. With that hand on the table, heed my caveat: if you are a fan of electronics and sound design, Pulse might very well represent one of the best offerings of the year. If you are not, you can always do what I did and peruse IMDb looking for Jeff Grace\'s next project (it\'s Trigger Man, by the way).