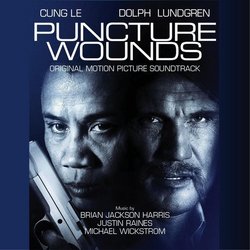 Produced by composers Brian Jackson Harris and Michael Wickstrom, the album offers a rich selection of music composed along with Justin Raines and features contributions from other artists to the soundtrack. The full list of composers and artists include Shay Mehrdad, Jeffrey Hayat, Steel Vengeance, Jay Woodcock, Darius Lux, Julian Angel, Electroillusion, Stephan Lindsjo and Benoit Martin. The music by these guest artists alternates with the score cues by Harris, Ranes and Wickstrom, yet the two halves form such a strong union that you'd be hard-pressed to guess where the songs end and the score begins.