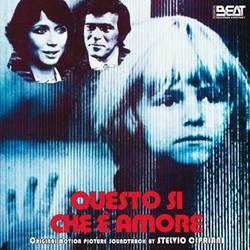 A movie in the tear-jerker genre—which was very popular at the time—the score was composed by a Maestro very dear to Beat Records: Stelvio Cipriani, who created a score with deep emotional impact. Great main titles with disco music sonorities and a lengthy, moving, melodic score that included a song recorded exclusively for the movie by Sven Valsecchi, who played the ill-fated young protagonist. The status quo is easily surpassed by the monumental and iconic Roman composer Stelvio Cipriani.

The CD is released in a jewel case, with mastering and liner notes (in Italian and English) by Claudio Fuiano and graphic design by Alessio Iannuzzi. Limited edition of 500 copies.