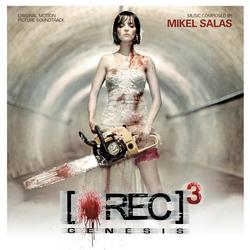 As Variety pointed out in their positive review of the film, [Rec]3: Genesis features a "full-blown score by Mikel Salas" that "moves things even further away from [Rec] 2, which had no musical accompaniment." Indeed, the third entry in Paco Plaza's acclaimed REC series takes the franchise in a new direction and Screamworks Records is proud to present the first ever REC score—an aggressive, but also sometimes poignant and beautiful, orchestral horror soundtrack that really delivers when it comes to blood-curling excitement.