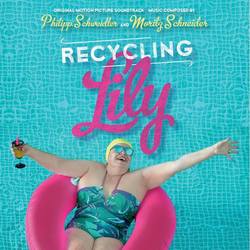 Directed by newcomer Pierre Monard, Recycling Lily is an unusual story which is boosted by a warm and very impressive soundtrack composed by Philipp Schweidler and Mortiz Schneider, beautifully orchestrated by Robin Hoffmann.

Imagine Fellini meeting Tarantino and you have the main ingredients of the score where influences of Nino Rota are juxtaposed by surf rock guitars Morricone style. The orchestral music has a lightness, beauty and charm that is reflected in the main theme (a whimsical waltz) but also in the more emotionally charged pieces such as "Emma Falling" and "Fat and Lonely." The entertaining soundtrack also features the up-beat song "Nobody's Perfect" featuring William White which sums up the film perfectly.