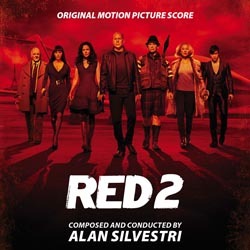 Packed with the best and exciting cues from the comedy thriller, this score is very much in the vein of Eraser and GI Joe. As a bonus, this CD release features an exclusive track of Mr. Silvestri's Main Title mockup he made for the producers of the film.