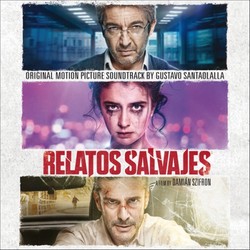 Music from the successful Argentinian-Spanish film directed by Damián Szifron, and produced by Pedro Almodóvar.

The score has been composed by the twice Academy Award winner Argentinian-born composer Gustavo Santaolalla, who provides an electrifying and fresh soundtrack conceived for electronic and orchestra, with the usual appearance of solo instruments as the ronroco, guitars and percussions.