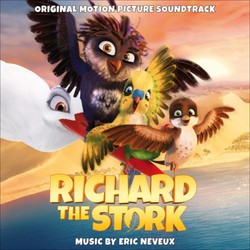 The film is about Richard, an orphaned sparrow, adopted and raised by a group of storks. But when the storks leave on their annual migration south for the winter, Richard, a little non-migrating bird, struggles to embark on the long arduous journey and to stay with his family.

Eric Neveux provides an exciting symphonic score, full of leitmotifs for every character, action music, wondrous melodic themes and refreshing orchestration, performed by the Brussels Philharmonic under the baton of Maestro Dirk Brosse.

The album also includes the original song "We're Coming Home," performed by Stacey King. Full-color digipack package includes an eight-page booklet with statements and quotes from the composer and the film's directors.