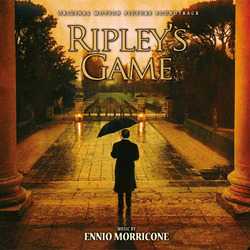 The musical score incorporates harpsichord performances at certain points within its duration, the composer utilising the instrument to accompany the film's central figure, it is also a score that is filled with drama and tension, the Maestro masterfully building the atmosphere throughout via his use of strings, brass, electric guitar, woodwind, piano, percussive elements and aforementioned harpsichord which are subtly enhanced by a sprinkling of electronic effects that fuse seamlessly with the conventional instruments of the orchestra to create a score that oozes tension and apprehension but also has at its core highly thematic and melodic material.

As with any soundtrack penned by Morricone one is aware almost immediately that we are listening to the supremely innovative work of Il Maestro, a Master of his craft. There is that sound, that style and that individuality present that just says Ennio Morricone. The score features Morricone's regular collaborator/performer Gilda Butta on piano and harpsichord, with the composer writing extensively for saxophone and also flicorno performed by Gianni Oddi and Cicci Santucci respectively, both instruments feature throughout the soundtrack and make lasting impressions upon the listener, creating either a mood of melancholy or indeed an apprehensive and threatening atmosphere.

The CD is strictly limited to 500 copies.