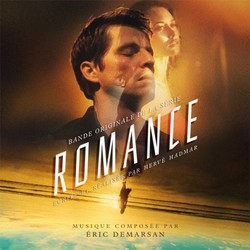 This new series from Hervé Hadmar explores his preferred genres of thriller and fantasy, as seen in his previous works.This is a story about a mysterious woman, pretty as a picture. A woman in danger. A woman who refuses to love and to be loved. Of a man who travels, from Paris to Biarritz, and finds himself lost during the summer of 1960.

The score of Romance, composed by Éric Demarsan, is mysterious and lyrical, revealing his ability to capture the universe of this romantic thriller series.