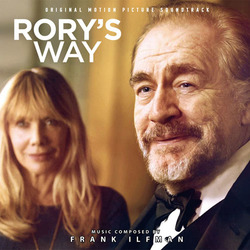 Kronos Records is once again very happy and thrilled to work with our friend Frank Ilfman (Big Bad Wolves) to release the emotionally-charged music for Rory's Way, based on Jose Luis Sampedro's novel The Etruscan Smile and starring acclaimed British actor Brian Cox in the lead role. Rory's Way is a gorgeous Celtic-flavoured orchestral score that will steal your heart and take you on board Rory's journey of transformation and healing.

"Rory's Way is a very emotional and heartfelt story with a strong Celtic identity," explains Frank Ilfman about his contributions to the picture. "The music is very melodic in its core, using a large orchestra comprise of strings, winds, percussion and some Celtic instruments to represent Rory's heritage. I composed three themes that represent Rory's character, his son and Rory's relationship with his grandson always keeping central the strong emotions between the three generations."

The album is produced by our old friend Mikael Carlsson of MovieScore Media who has also released the digital edition of this soundtrack.