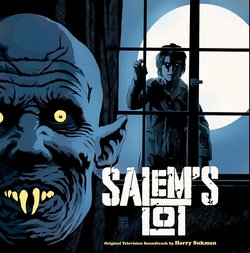 Waxwork Records is thrilled to announce for the first time ever on vinyl, the complete, re-mastered score of Salem's Lot.

Featuring all 84 musical cues from the film, this two record set clocks in at over one hour of atmospheric, old-fashioned horror film music. Composed and conducted Harry Sukman, the classic score to Salem's Lot was his final work before his death in 1984.