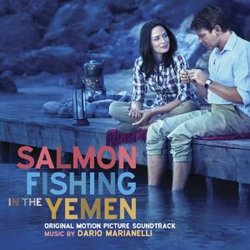 Salmon Fishing in the Yemen

Original Motion Picture Soundtrack. Music by Dario Marianelli. A visionary sheik has a big dream—to bring salmon fishing to the desert. Willing to spare no expense, he instructs his representative to turn his dream into reality, an extraordinary feat that will require the involvement of Britain's leading fisheries expert who happens to think the project both absurd and unachievable. That is, until the Prime Minister's overzealous press secretary latches on for its potential as a 'good will' story. Now, this unlikely team will put it all on the line and embark on an upstream journey of faith and fish to prove the impossible, possible.