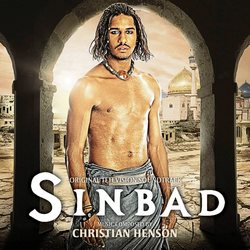 Premiering in the US on Sy-FY in June, 2013, and broadcast on Sky1 in the UK last year, the epic tale of Sinbad stars newcomer Elliot Knight in the title role and Lost star Naveen Andrews as his nemesis, supported by a high-octane original score composed by Christian Henson.

His music for Sinbad is orchestral in nature with modern film music aesthetics added for a lot of the action material, and exciting ethnic colours added to the traditional sound. The high octane adventure music is balanced by more atmospheric music with a sublime sensual quality.