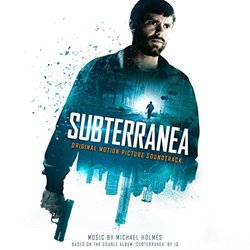 GEP are pleased to announce the release of Subterranea The Original Motion Picture Soundtrack, featuring music from the award winning film released last year and based on IQ's best-selling double concept album.This soundtrack CD contains seventy minutes of new music written by IQ guitarist and composer Michael Holmes, based on themes from the original classic IQ album. It also includes new IQ track In This Wilderness written exclusively for the film.