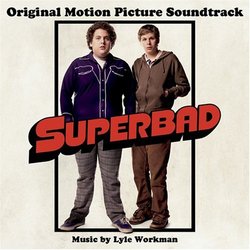 A nod to funk and the sounds of the 1970s, this soundtrack features both original music written by Lyle Workman as well as songs from the film. The entire album is based in funk and R&B, mainly from the 70s.

Composer Lyle Workman takes a 70s funk sound and adapts it to the movie. To achieve the funky sound, Workman brought in funk legends to play on the soundtrack, such as Bootsy Collins, Phelp Collins, Clyde Stubblefield, John "Jabo" Starks, and Bernie Worrell.

The first track "Super What?" sets the tone of the album, with a jam session between the funk legends that Workman brought in for the soundtrack. Many of Workman's cues are funk centralized, including "Seth Runs on Track," "Like a Pimp," and "Seth Pulls Into Lot." There is a slight departure from this funk-centric sound in the tracks "Goldslick/Seth Fantasy" and "Cops See Fogel's ID/Seth Saves Evan."

Interspersed throughout the album are songs such as the Bar-Kays' "Too Hot to Stop" and "Soul Finger." In a departure from the 70s sound, Workman includes a song by the modern band The Roots with "Here I Come" which acts as background music during a party in the film. A bonus track that wasn't in the film is also included, called "Funk McLovin." It once again features all the funk musicians and is a bookend for the soundtrack, matching the style and features of "Super What?"

Overall, the soundtrack is a clear homage to funk music with many influences from other 1970s soundtracks.