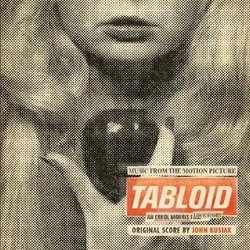 The music for Tabloid, which plays a key role in the fillm, was composed by John Kusiak. Kusiak has scored hundreds of projects, including television documentaries (HBO, PBS, IFC and Sundance), large-screen exhibitions (Yellowstone National Park and the Smithsonian) and feature films (Secrecy, The Singing Revolution and additional music for the The Fog of War, winner of an Academy Award for best documentary in 2004).

In Errol Morris' own words, "Tabloid is a difficult job for a composer, because the movie balances so many contradictory themes and images. It runs from the sublime to the ridiculous. From the tawdry to the tragic. How do you evoke such a range of emotions and ideas? John Kusiak has been able to achieve the seemingly impossible: balance disparate elements and yet create a hauntingly beautiful score that highlights Joyce McKinney and her pursuit of love."