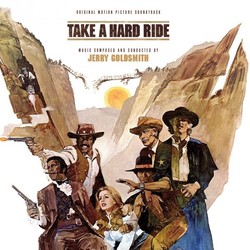 Long out of print, this dynamic western score from legendary composer Jerry Goldsmith returns to CD sounding better than ever, with a track listing featuring the original cue titles. Produced by Nick Redman, newly mixed by Mike Matessino and mastered by Daniel Hersch from original vault elements, this special release is limited to 2000 units and features all new, exclusive liner notes by writer Julie Kirgo, as well as exciting new art design by Jim Titus. An exhilarating mix of iconic orchestral western motifs and modernist electronica, this is classic Goldsmith that is a must-have for all film music enthusiasts.