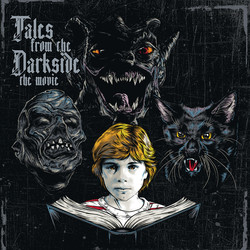 Tales from the Darkside: The Movie

Waxwork Records proudly presents the expanded and deluxe soundtrack release to Tales from the Darkside: The Movie. John Harrison acted as both the film's director and the soundtrack's composer.

For this expanded, definitive soundtrack release, Waxwork Records worked closely with John Harrison to track down the original master tapes in the Paramount Pictures vault. Upon locating them, Waxwork faithfully restored and remastered the entire soundtrack for vinyl. Much of the music contained in this new release does not appear on the original 1990 album which is now out of print and has become a collector's item amongst both horror fans and record collectors.