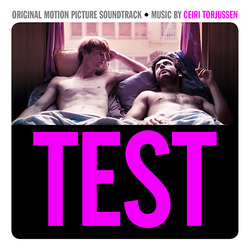 Versatile composer Ceiri Torjussen has composed an engaging, retro-80s style score for Test, the award-nominated independent feature taking place in San Francisco in the early years of the aids awareness. Effectively mirroring all the main elements of the story—fear and paranoia but also hope and humor—Torjussen's score is both creating authenticity and deepened emotional responses to the story and works very well as a stand-alone album.