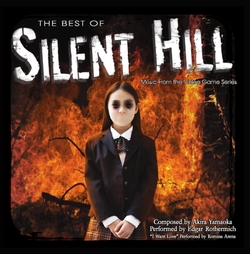 The Best of Silent Hill

The best music from the video game series Silent Hill. In addition to 16 score tracks, this collection features the song "I Want Love" with vocals by Popera star Romina Arena.

All tracks are composed by Akira Yamaoka, a Japanese music producer and former composer of soundtracks for the Japanese game developer Konami.

All tracks have been arranged, produced and performed by Edgar Rothermich, a composer and music producer in the music and film industry.

Many of these themes are available for the first time outside of Japan, as these soundtracks used to be available only as expensive Japanese imports.