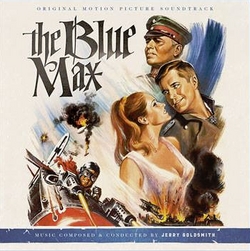 20th Century Fox and La-La Land Records present the definitive presentation of one of Jerry Goldsmith's finest scores! Lovingly produced from the ground up by producers Nick Redman and Neil S. Bulk, meticulously restored by Mike Matessino and masterfully mastered by Daniel Hersch this high flying masterpiece has never looked or sounded better! Wonderful liner notes by Julie Kirgo and detailed analysis of each track by Jeff Bond grace the pages of Jim Titus' most gorgeous packages to date.

This two disc edition features the films intended score on Disc one, the original LP program (making its cd debut) along with bonus material, including source cues recorded for the film making their first appearance anywhere appear on Disc 2.