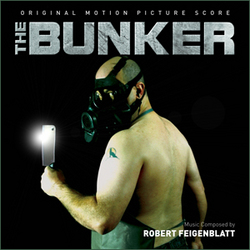 Robert Feigenblatt was born in New York City in 1957. From an early age, he has always been a fan of films and film music. Youthful dreams of a career in "show business" got sidetracked by life and it wasn't until 2006 when an audition for a local communtiy theatre production reignited that ambition. Since then, Robert has acted in over 25 stage plays, a local TV commercial and performed voice-over work. In 2009 he composed his first stage musical: Ebenezer Scrooge, based on Dickens' A Christmas Carol. Robert wrote the script, music, and lyrics seeing it staged at two venues. Through mutual friends, Robert met Joseph M. Monks, a writer/director, who although totally blind, managed to direct his first feature film The Bunker. Joe was shopping for a new composer and after listening to a CD of the Scrooge musical, gave Robert an opportunity to score The Bunker. The result is a classically thematic horror score!