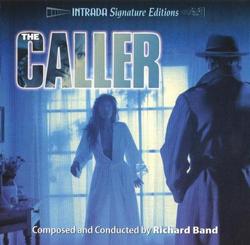 The world premiere release of the original soundtrack from an Allan Seidelman mystery with a cabin in the woods setting, starring Malcolm McDowell, Madolyn Smith.

Richard Band tackles an eerie Twilight Zone-ish tale with an unusually sparse score for strings and keyboards. Solo colors and tentative, melodic ideas take center stage. Band's trademark harmonic vernacular is evident but the music stretches, bringing in a degree of complexity to the melodic lines and edge to the harmonic palette. Several lengthy cues add coherency to the subtle music.