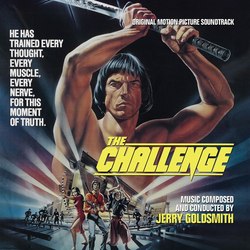 Mr. Goldsmith scored this exciting, modern-day samurai action/drama during what was arguably one of the greatest, most diverse moments of his career. The composer's work here is complex action scoring at its finest.

Produced by MV Gerhard and remastered by James Nelson, this release features spectacular sound and includes the film version of the finale, (the finale track on the previous Prometheus release—found here as a bonus track—was an alternate take, preferred by Goldsmith and placed on that album per his request).

The CD booklet features all-new liner notes by film music writer Jeff Bond, who marks his 50th Goldsmith writing project with this release! This is a Limited Edition of 3000 Units.