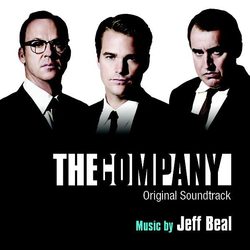 Jeff Beal\'s music has been buzzing in the background, eluding many a person\'s radar, for many years now. I always find his music interesting, especially since he seems to be showing a preference for solo instruments over ensembles, creating a sort of one-man countermovement in today\'s film music industry where the more instruments, the better. He has crafted a realistic and unsettling soundscape for the freakish drama Carnivàle, mainly calling upon instruments that would be small enough to carry on such a freak show caravan, but this countermovement could be heard even better on HBO\'s Rome, where Beal used (and often himself plays) a wide variety of ancient instruments recalling what we think the sound of Ancient Roman music might have been like. This reliance on solo instruments is perhaps less showcased in Beal\'s latest, the CIA historical mini-series The Company, but his style can definitely be heard, singing along as it were with the orchestral ensemble. Beal\'s fondness for the trumpet and for jazz in general converges with his use of non-Western instruments, such as the duduk and the oud, to create an uneasy tapestry of espionage and personal drama covering a forty-year period.

Fans of Beal\'s stylistic voice won\'t be disappointed: his trademark trumpet echoing line is heard in many cues, including "Uprising" and "The Russians Invade Budapest". Both of those cues are somewhat of a departure for Beal, as they both involve the heavy use of percussion: loud bass drums, military-issue snares, and electronic flickers play off of one another to create action sequences worthy of full-fledged motion pictures. Beal often puts his trumpet down to embrace the sound of less obvious instruments, such as the mournful duduk and the ancient oud. "Yevgeny Meets Starik" carries echoes of traditional Russian music and of the Middle East, while "Sasha, Cuba" breaks the oppressive turmoil with a light Afro-Cuban beat for the contrabass, piano, güiro, and wood percussion. These "ethnic" touches do more than follow the story: they also prevent the music from becoming stale and serve to broaden its scope.

Jeff Beal\'s themes may be more subtle than others\', but he does often rely on melodies to unify his scores: in fact, it is this marriage of subdued melodies and peculiar instrumental sounds that seems to characterize his voice. The Company\'s thematic anchor is Jack\'s Theme, a fragmented and ascending melody for the lone trumpet, introduced in the "Main Title" and fleshed out over a staccato string accompaniment in "Scull Race (Jack\'s Theme)", the following track, which marries the Baroque with traditional Americana fare, with a hint of Philip Glass\' minimalism for the flute, a strong but short musical representation of Jack\'s naïveté. The three ascending notes which open his theme are turned into a recurring motif that is always present in the score, articulated around the romantic portions as well as the engagement and hostility scenes. More understated and emotional themes are weaved throughout the album, such as the beautiful melody of "Elizabet\'s Reunion", reprised with gentle grace in "Reunion with Azalia".

Judging by the feedback I have been getting regarding the mini-series itself, I do not anticipate hordes of television addicts to go out and buy Jeff Beal\'s score to The Company. Actually, if they were to go out in the hope of buying it, they would be mistaken: it is, for the moment, available as an iTunes exclusive only. However, regardless of the perceived quality of the mini-series, Beal\'s music stands as a quality score. It is more subtle than most, yet interesting and artfully constructed. It might be the perfect springboard into Beal\'s career if one finds oneself turned off by the sparse sounds of Rome: Beal\'s reliance here on traditional orchestral ensembles to amplify his usual sound results in perhaps more approachable music for the conservative aficionado. While the album could have been shortened (at almost 79 minutes, it drags on towards the end), The Company stands as a prime example of Beal\'s unique style: subtle, a tad unusual, and gripping.

N.B.: It should be noted that, in addition to being the credited composer, Beal also conducted the orchestra in Prague and played the trumpet, piano, duduk, and oud on the score, a rare instance of a composer\'s versatility as writer, conductor, and performer.