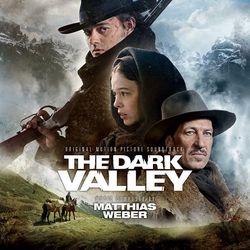 The score is performed by the Skopje Film Orchestra whose recording is fronted by artists like Tina Guo (cello), Lisbeth Scott (ronroco) and Eliana Burki (alpine horn). Weber's score fetched one of the film's nine nominations for the German Academy Awards (Lola). The soundtrack also features the original songs written for the film: "Sinnerman" (performed by Clara Luzia during the main titles and by One Two Three Cheers and a Tiger in the end) and "How Dare You!" by Steaming Satellites.