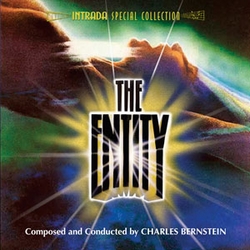 Charles Bernstein anchors an unusual score with ideas for strings and keyboards. The inventive electronic effects are striking highlights.

At the conclusion of the CD, the composer briefly discusses how he creates dynamic effects. Charles Bernstein conducts. Intrada Special Collection limited release of 1200 copies!