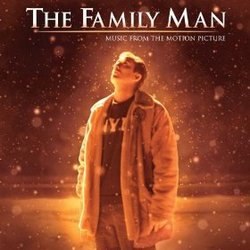 The Family Man... hmmm... is it the story of a mafia Don at the crossroads of life deciding which road to take from here? Well, sort of. Nicolas Cage stars in this It's A Wonderful Life inspired film about a man entrenched in the world of high-finance (a mafia of sorts) who is given a "glimpse" of what his life would be like had he taken the road more oft traveled and married his college sweetheart rather than pursuing his career goals. (For Hollywood it's usually one or the other extreme. Apparently the word "balance" isn't in the requisite Hollywood writer's handbook.)

I think the most appropriate statement I heard about the film came from a reviewer I heard on the radio (can't recall whom). Don't quote me on this, but it went something like, "This film is a bit dubious from the outset because it's coming from Hollywood where a majority of the people don't necessarily value family… they're saying, 'Go ahead, give up your dreams, goals… have kids. Lead the simple life. It's alright, we're out here looking out for you.'" Hmmm…. That said, I did see the film and actually enjoyed it, much to my surprise. It was a bit heavy handed at times but there was an honest charm to it. But, hey, this isn't a review of the film.

The soundtrack was a very pleasant surprise. With twelve (pop) cuts (Luciano Pavarotti and the London Symphony Orchestra's "La Donna e Mobile"?... not pop, but cool) plus two from composer Danny Elfman tacked onto the end, it's a great offering of a fairly wide range of sounds. U2, Talking Heads, Elvis Costello, Seal (Do I sense a UK pattern here?) Edwin McCain, and Morcheeba each have a stellar cut on the release. And how could any compilation producer go wrong by including Chris Isaak's "Wicked Game"? The range of sounds among the tunes is fairly eclectic and (tenuously) linked by a lyrical theme built around the notion of love as both provider and thief. Other standout offerings on the disc include "To Be With You" by Mr. Big (with its quirky soulful verse pitted against the childlike unison chorus) and "Eres Tu" by Mocedades.

The last two cuts on the CD are from composer Danny Elfman and lend a magical, otherworldly tone to the soundtrack (and film). Elfman definitely knows how to blend ethereal choral colors with intricate string arrangements. Nice touch. Overall, the soundtrack is a good addition to your collection painted from a colorful palette by a wide range of artists.