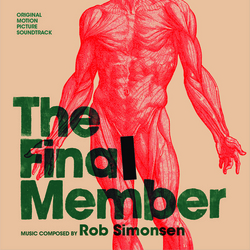 The music carefully balances between comedy and drama to help the audience get the right emotional response from a film whose tone shifts from the ludicrous to the poignantly eleagic in a matter of minutes. You can hear the wide variety of musical ground covered in cues like the light but propulsive "The Final Member," the epic "Arason the Pioneer," the melancholic "Tom's Confession" or the elegantly eccentric "Pall's Waltz"—all of which bring you closer to the impossible world of phallic curator "Siggi" Hjartarson.