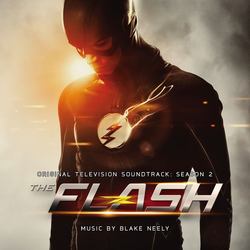 Acclaimed composer Blake Neely propels the Scarlet Speedster through his second amazing season with a knockout score that can't be beat—loaded with action, drama, suspense and heart. The musical highlights from Season 2 have been assembled by the composer himself into an exciting listen that will thrill fans! Produced by Neely and mastered by Stephen Marsh, this special limited edition CD release of 3000 units includes a note from the composer and sharp art direction by Dan Goldwasser.