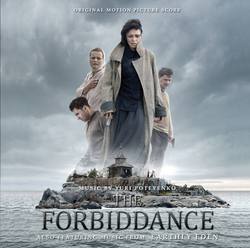 The Forbiddance marks the composer's fourth collaboration with Alexei Kozlov for whom he devised the beautiful 'Love and Faith' theme which is used several times throghout the film. The CD also includes unused highlights such as 'The Truth' which makes its debut here. Earthly Eden strikes an even darker tone with its portrayal of Zilov, one of the best known characters of contemporary Russian theatre. Ranging from the steamy erotic saxophone solo of 'A Romantic Encounter' to the morose loneliness of 'Fatum', Poteyenko perfectly captures all aspects of a disintegrating relationship. The CD comes with 12-page liner notes by Gergely Hubai discussing both films and scores.